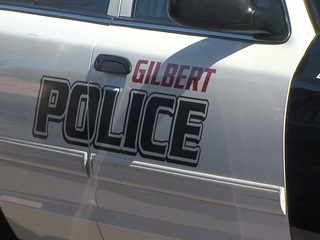 I’ve always liked the Gilbert police.  Not that I’ve had lots of run-ins with policemen, but when you’re working with a drug addict or have a minor traffic infraction, you have to speak to them once in a while.   On the whole, I have found them to be incredibly sensitive, friendly and helpful.  Until yesterday.  I now have something to recount to a judge and maybe he will require some changes in the force.

I was on my way to pick up my little three year old grandson from his pre-school class at Gilbert Elementary School.  He is a little doll baby and I love to see his face light up when he sees that it is me picking him up.  I don’t get to do it very often.  I was looking forward to the experience, but because of one very callous police officer, I don’t think I’ll have enough courage to pick him up from school ever again as long as I live—which might not be long.

I was almost to the school when I saw a police car on the other side of Elliot road just waiting for me.  And of course I was rushing a bit since I didn’t want to be late and have poor Maddix just stand there wondering who would be picking him up.  Sure enough, the policeman—whose name I should really say here just to keep you from thinking badly of any other well mannered and helpful Gilbert Policeman, but I won’t since he already is mad at me—was totally aware of my infraction.  And he was not going to let me get away with it.

He whipped his car down and around and behind me in seconds.  Those lights went whirring around and I pulled over immediately like you’re supposed to do.  Looking through the rear view mirror, I saw that the man was pointing for me to go forward and pull into the school.  So I did.  If you’ve ever been to Greenfield Elementary, you know that it is pretty crowded in there.  It didn’t occur to me to pull forward in front of the school which has never had any space when I’ve been there before, so I turned to the right and drove up and around the round-a-bout so Maddix’s teacher would see me and bring me the child before he felt abandoned.  The whirring red lights followed me around the round-a-about.  He didn’t feel the need to turn them off to keep my embarrassment from bursting from every one of my sorry pores.

Mr. Policeman came up to my window just as I was going to get out so Maddix could see that I was there.

“Stay in your car!” he demanded.  He must have thought I was trying for a quick get-a-way.

“I’ve got to get my grandson,” I countered.

It was raining, by the way.   This melancholy happening matched the weather.

“You don’t get to do what you want.” My public service officer threw that at me like I was always used to getting my way.

“I was just going to get my boy so he wouldn’t be afraid.”

“You are being stopped by a policeman and you don’t get to do what you want. You shouldn’t have driven in here.  You should have stopped in front of the school.”

I didn’t holler back that there was no room in front of the school and I needed to pick up my grandson.  I was very calm and even though tears were very close to slipping, I kept them in check and kept calm.

“You can’t just do things so that you aren’t inconvenienced,” he continued.  I think if he had had a paddle, he would have used it on me.

“I was just trying to get my grandson.”

“He could wait.  You can’t just do what you want when you’re being stopped by a policeman.”

Whew.  He said that about three times.  I like to think of myself as a very intelligent person.  I usually get things on the first go round.  Maybe he felt humiliated that I made him go in the parent pick-up circle.  Maybe he thought that I thought it would be funny to be followed around by a police car flashing its spectacular red light.  He didn’t know that this woman was lacking in humor at the moment.  And there was no where else to go.  He’s the one who told me to turn into the school.  Where did he want me to stop?  There wasn’t room anywhere.  And besides, I repeat, I needed to pick up Maddix.

“Give me your registration and insurance card.”

I’m not a swearer.  I’ve never sworn out loud unless it was by mere accident due to a mouth mal-function.  My older grandkids can hold that one over me.  But I will admit that as I leaned across to reach the glove compartment in an attempt to retrieve the latest registration and insurance info, an unattractive word came out in a whisper.  I think the situation called for it.

I grabbed all the papers that looked promising as the right ones and handed them to him.

“These have expired,”  he said.  Then he told me to sit still while he checked on something.  Probably to see if I was on the wanted list.

While he went back to his car, I was able to wave down Maddix’s teacher whose one hand held Maddix and the other held an umbrella. She looked as disgusted as the police officer.  Maddix wasn’t looking too happy either.

“Maddix’s mom didn’t say you were coming today.”  Her voice was as deadpan as her face.  I was needing a sympathetic smile from her.  Some commiseration.  An “I’ve been in your shoes before” kind of look.  But no.  She said nothing more as she put Maddix in the back seat.  Finally realizing that I wasn’t allowed to get out of the car and therefore couldn’t buckle him in, she reluctantly did the job for me.  No “goodbye.”  No “good luck.” No “I’m so sorry for your plight.”

When Officer He Who Cannot Be Named came back with my license and my expired insurance paper, he told me he was giving me a ticket.  (No, duh!) And that I had three choices:  pay it, go to traffic school (yet again??), or meet with the judge.  I think this time I will meet with the judge.  I just want to tell him that this man was very inconsiderate of a little boy that needed me and was extremely condescending to a grandmother who was trying her best to be compliant.

I really think that if I had opened my door once more or gotten a tiny bit irate as some would have done, the officer would have whipped out his gun and ordered me face down on the wet sidewalk.  I don’t think I would have ever recovered from that.  Neither would he.

Just so he knows what he could do better the next time he finds himself in a like circumstance, here are some suggestions:

2.  Laughingly say, “Wow, I didn’t know I’d have to follow you into the parent pickup circle!  You’re a hard one to catch.”

3.  Allow the person to retrieve her grandson before the child gets scared that he will be left there all night with a teacher who is obviously in a bad mood.  (who wouldn’t be after a few hours with a class of preschoolers on a rainy day.)

4.  Then, with some regret, issue the ticket, making sure the person knows that you would rather not give the ticket, but after all, they were speeding in a school zone which you are sure they feel very badly about.

5.  Leave the criminal with some dignity.

All the way home, Maddix was silent, except to answer my questions with “Don’t talk to me!”  He didn’t want to be friendly with a criminal either.  No telling where that would get him.

Thank goodness for another grandchild.  When my ten year old granddaughter texted me about my day, I told her it was a sad day because I had gotten pulled over by a policeman.

“Well, at least you didn’t go to jail,” was her optimistic reply.  She finished with, “I wish I could come over and give you a big hug!”

Thank you, Claire.  That is exactly what I needed!

4 comments on “A COP CAPER” 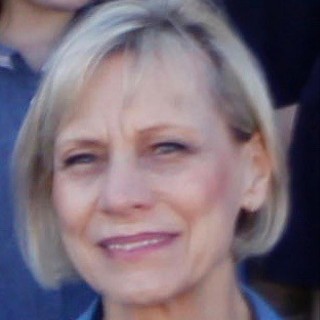